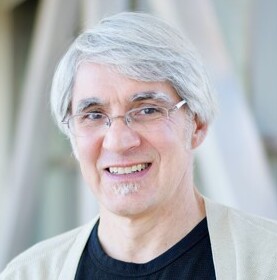 Dr Sean V. Tavtigian is a Professor of Oncological Sciences at the University of Utah School of Medicine and an Investigator at Huntsman Cancer Institute at the University of Utah, where he holds a Jon and Karen Huntsman Presidential Endowed Chair in Cancer Research. The Huntsman Cancer Institute is a US National Cancer Institute-designated Comprehensive Cancer Center, and Dr Tavtigian is the Director of their Center for Cancer Genetics. He received a BA in biology and chemistry from Pomona College in 1984 and then a PhD in molecular biology and biochemistry from the California Institute of Technology in 1992. From 1993 until 2002, Dr Tavtigian worked at Myriad Genetics, a biotechnology company located in Salt Lake City. At Myriad, he progressed from postdoctoral fellow through several promotions to Vice President of Cancer Genetics Research. During that time, he contributed to projects including the characterization and/or discovery of the cancer susceptibility genes CDKN2A, BRCA1, BRCA2†, and PTEN¥ (the latter with Peter Steck from MDACC). In late 2002, Dr Tavtigian moved to the International Agency for Research on Cancer (IARC), located in Lyon, France. At IARC, which is the cancer research arm of the World Health Organization, he was the Head of the Genetic Cancer Susceptibility Group. While there, he developed one of the leading models for in silico analysis of missense substitutions. In 2008, Dr Tavtigian convened an IARC Working Group on unclassified sequence variants in cancer susceptibility genes; that meeting led to publication of a highly influential set of 10 papers in the November, 2008 issue of Human Mutationª, including a key paper on recommendations for interpretation of genetic test results. In late 2009, Dr Tavtigian moved to the University of Utah’s Huntsman Cancer Institute where he is now Director of their Center for Cancer Genetics. His current interests include (i) analysis of unclassified sequence variants observed during clinical testing of high-risk cancer susceptibility genes, (ii) massively parallel sequencing-driven cancer susceptibility gene discovery and analysis efforts, and (iii) a new project examining the potential for interaction between pathogenic alleles of susceptibility genes, exposure to ionizing radiation, and cancer risk. In his decade at the University of Utah and HCI, Dr Tavtigian has obtained four new R01s, renewed the R01 that he was originally awarded while at IARC, and become Chair of the NCI Cancer Genetics Study Section. He is also a member of the Steering Committee for the Utah Genome Project and sits on three international sequence variant interpretation working groups.