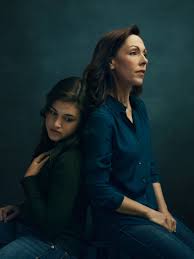 In 1999, Lisa Schlager got one of the worst phone calls of her life.

“I was diagnosed with breast cancer,” her aunt said over the phone. “The doctors said I have the BRCA mutation. Lisa, you should get tested.”

Lisa was in her early 30s, was recently married, and had a career that was just taking off. She was hesitant, as genetic tests looking for BRCA mutations were new and under-researched. As the next eldest woman in the family, she had the most at stake in her paternal aunt’s diagnosis.

About one in 500 people in the United States carry a BRCA mutation. Though 12 percent of American women will have breast cancer during their lifetime, those with a BRCA mutation have five times the likelihood of cancer diagnosis that those without the mutation.

“I thought, no biggie,” Lisa remembers. “My aunt’s cancer probably didn’t have to do with the mutation in her genes.”

Three months later, Lisa would come to know that she too carried a BRCA1 mutation. Her risk of breast and ovarian cancer dramatically increased and the likelihood that these awful diseases would strike earlier and harder for Lisa were high.

“I realized that if my dad had been tested, I might have known sooner,” she says. “We pieced together that the BRCA mutation could have led to my grandmother’s lung cancer metastasis and my great grandmother’s death from ‘female complications’ early in life.”

“Many people may not understand why, but I feel very lucky,” says Lisa. “My aunt was able to obtain a test that probably saved me and will save other women in my family. I was lucky to be proactive and do what was right for me and my family with full autonomy.”

Lisa is now a leader at Facing Our Risk of Cancer Empowered (FORCE), an organization focused on supporting and empowering hereditary cancer communities, including breast and ovarian, colorectal, and other cancers. She continues to advocate for the protection of mutation carriers in healthcare and employment and vehemently opposes patents and legislation that limit testing for genetic mutations.

Find out more about FORCE here.