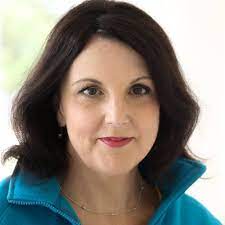 “I shouldn’t have had cancer”

Kathleen Maxian hails from Pendleton, NY, a small suburb in Western New York. Growing up, her sister Eileen was her rock. So when Eileen was diagnosed with breast cancer at 40, it was a devastating blow to Kathleen as well.

Because of the cancer’s early age of onset, doctors recommended that Eileen undergo genetic testing to see if she tested positive for BRCA1 or BRCA2, two genes found to increase a person’s chances of developing breast cancer. The test came back negative.

At the time of Eileen’s diagnosis, Myriad Genetics, a leading molecular diagnostic company in the United States, held several patents over portions of the comprehensive BRCA1/2 gene testing panel. Instead of a comprehensive test, Myriad did its sequence-based test for $3,400 [or whatever the price was then], which was covered by insurance.  It detected most but not all possible DNA changes linked to these cancers. Though a supplemental test, known as the BART, was available to high-risk patients or those with a family history of cancer, Eileen did not qualify for it.

Two years later, at 52 years of age, Kathleen was given a 20 percent chance to live five more years. She had stage four ovarian cancer and to her surprise, was BRCA positive.

“At that point, we both returned to get the BART test. And what do you think happened? Bingo, we carry BRCA,” she says. “If my sister was tested, comprehensively, I would have gotten my breasts and ovaries surgically removed. I probably never would have had cancer.”

Patients that did not meet the narrow BART criteria could undergo the additional testing for $700 dollars, but the second test would not be covered by insurance. Myriad’s patent over this portion of the BRCA test allowed them to markup prices on the test, leading most insurance carriers to deny coverage for it and most patients without the option to do  the test.

“If you are going to patent something and limit access” she says. “You are making a decision about someone’s life. My life.”

Today, Maxian is an advocate in the breast and ovarian cancer communities. She was a key part of the ACLU’s civil case against Myriad Genetics, heard in the U.S. Supreme Court and is an avid opponent of genetic patents. In total, Kathleen has undergone three rounds of chemotherapy, a hysterectomy and the removal of the lymph nodes around her liver.  The physical and emotional toll showed in the way she sat on her thin, black stool. Her shoulders shrugged over toward the camera and eyes never fully made contact with the camera.

“Our laws need to make sure that we are looking out for and protecting people,” she ends.

Find out more about Kathleen and the Ovarian Cancer Project here.